Tamil actors play a vital role in the film industry, they have their own way of style to express the feelings of the people and they describe any situation like it was suffering from them.

Here are some of the best actors in Kollywood news

He is the king in Kollywood industry, his full name is Joseph Vijay Chandrashekhar, people also called him as Ilaya Thalapathy, Dr. Vijay. He was born on 1974-06-22 and bought up in Tamil Nadu, to S. A. Chandrasekhar and Shoba Chandrasekhar,. He is not only an actor, but also a playback singer, his spouse name is Sangeetha Sornalingam, he has two children, one son name Divya Jason Sanjay born on  2000 in London and one daughter name Saasha, born in 2005 in Chennai. He done many films and became ambassador for IPL cricket team Chennai super king.

Vishal was born in 1977 to G. K. Reddy and Janaki Devi, his father is a producer of Tamil and Telugu films in Andhra Pradesh later he moved to Chennai. He completed visual communication at Loyola college after completion he worked as an assistant  Arjun for the films Vedham & Ezhumalai. Later he has done many films that super hit and his films were dubbed in Telugu movies. He earns 2 crores for his films. 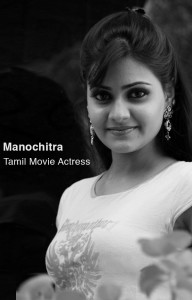 He is called as Simbu in public, he was born in 1983 to a Vijaya T. Rajendar famous producer for Tamil and Telugu films and former actress Usha Rajendar. He started his career with film Kadhal Azhivathillai in 2002. He is multi talented, he is not only an actor, but, lyricist, director and playback singer. He takes 3-4 crores for his film. He has dubbed film Slumdog millionaire in Tamil films.

He’s  called as Dhanush in the public and he  is the Tamil actor, lyricist and playback singer. He was born on 1983, his wife is Aishwarya Rajnikanth daughters. He completed his studies from St. John’s Matriculation Higher Secondary School Alwarthriunagar. He started his career with film  Thulluvadho Ilamai. He is very much famous in Tamil and Telugu film industry for the song “ why this kolavari di” . He’s earning is 4.5-5 crores and He is very much famous in Kollywood news online for his film”Kolavari di”

He is called as Karthik in public, he was born in 1977 in Chennai to actor Sivakumar. He completed his mechanical engineering from crescent engineering college. He started his career as assistant then he started his first film Paruthiveeran. He earns 6-8 crores and He married to Ranjhani in 2011 at Coimbatore. He is famous for his film Vikramakoodu in Telugu.

John Kennedy Vinod Raj is the childhood name of Vikram. He is the leading actor in Tamil films. He has done his schooling from schooling in a boarding school named Montfort School in Yercaud. He was born on 1966 in Paramakudi, a town in Ramanathapuram district. To become an actor is his first aim of his life. He is good in dancing, swimming and karate. Vikram is married to Shylaja, a Malayalee. He has done many films in Tamil and Telugu.

Actors Biography 2015-05-20
shacks
Previous: Why Roller Shutters Are an Integral Part Of Your Home?
Next: What Makes Natural Stone Link The Best Choice For Your Interior Decoration?