If someone you know has been arrested multiple times for shoplifting, it is time to learn the reason behind such act. The arrested individual might steal because he needs the merchandise but didn’t have the money to purchase it. Some people, especially teenagers, shoplift to feel the adrenaline rush of doing something illegal; while others steal due to their uncontrolled compulsion. This condition is known as kleptomania and it is a very disturbing mental disorder.

Kleptomania: How Is It Different From Simple Shoplifting?

It is important to understand that kleptomania is not a simple act of stealing. When a person shoplifts, he is taking an item that has actual value without paying for it, either to use it for themselves or sell it to earn a profit. With that said, shoplifting is generally accompanied by intent to acquire personal gain. A kleptomaniac is a person suffering from the compulsive urge to take things of little value. They do not intend to steal the item but they do so out of compulsion. 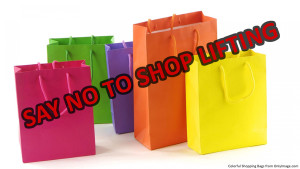 The individual who suffers from this condition may steal randomly. The urge to steal may be triggered by various stressors, such as an argument or a change in their routine or lifestyle. Kleptomaniacs also feel guilty about what they have done and they also suffer from fear of getting arrested. This mental disorder may lead to bigger and more serious consequences, such as losing a job, getting arrested, and being convicted of theft and larceny.

Before you can offer help for a kleptomaniac, you must first learn about the common signs that point to this condition. Knowing these signs might help you determine whether the person is stealing because they want to or because of an uncontrolled impulse.

This mental disorder is considered uncommon; however, a lot of people who suffer from this condition do not seek treatment. Others are simply jailed after repeated shoplifting offenses; thus, they are never diagnosed. For this reason, it is essential for relatives and friends to observe any behaviors relating to kleptomania.

For instance, if you know someone who has been repeatedly sent to jail due to shoplifting, he may be a kleptomaniac. Although there is no known cure for this condition, treatment with medication and psychotherapy can be very helpful in alleviating and stopping the impulse to steal. It is essential to seek immediate treatment for this condition before the individual suffers more serious legal ramifications due to stealing.

Kris Lim occasionally writes for finance and law websites, such as elliotsavitz.com. In this article, she informs her readers about Kleptomania, a mental condition that might bring about legal problems.

disorder society 2013-03-16
Apparent Lifestyle Presents
Previous: Understanding Salmonella Enterocolitis And How To Prevent It.
Next: Booze And Fitness -Is it Healthy;Can They Go Together?