Three Ways To Be A Better Dumpee

When you get dumped it’s not always an easy thing. If it was a new relationship, and short lived, you might be able to move on faster, but if you had been together for some number of years, and maybe even lived together, transitioning back into the single life can be difficult.

When you get dumped you sometimes want to strike back, but you shouldn’t. It may give you a little instant gratification to do something mean and dramatic to the person that just broke your heart, but being a more level adult when it comes to the end of a relationship may just help you get past it faster.

Coming from a guy, to women, being told to keep it classy when he dumps you may seem like he’s talking down to you, but it is really some good advice. The better you take the end of a relationship, no matter how long it was, the quicker you just might get over it and move on. You can simply chose to understand that some things just don’t work out.

Accept that the relationship is over, thank them for the time you had, and let them know you understand that things just weren’t working out. There is no reason to waste any anger or even time on dwelling on the end of the relationship when it’s obvious it wasn’t the right one. 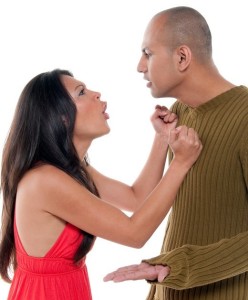 Another thing to not waste any time on is getting back at your ex for dumping you. You’re just drawing more negativity to yourself. Instead, be the bigger person and just start to move on with your life. Doing negative things to your ex is just going to keep you hanging on to a dead fish until it starts to stink up your whole life.

You may not think there are vindictive things to do to an ex, but people have slashed tired, egged houses, and even made phone calls to hurt the people that scorned them. Yes, people do actually consider doing these things, but not only is it illegal (on most counts), it’s also just a waste of energy.

Realize There Are More Fish In The Sea

If you’re finding it difficult to move on and not be upset about your breakup, there are some things you can do to help you move on. Start by sticking with positive thoughts and actions. The more positivity in your life the more you’ll produce, and the more positivity you will get from the new people in your life.

There are plenty of single people out there, and you are bound to find someone new, and sooner or later the right person for you. You will definitely go through a few fish before you get that right catch.

2016-06-10
Apparent Lifestyle
Previous: Tips For Learning To Live Without Addiction
Next: 5 Reasons Why Our Brother is So Special