The Evolution Of The Toothbrush.

Since the earliest dental procedures, much has changed. There have been new methods developed, improving the way we look at oral health.

To see how far we have come, take a look at some of the ideas of the past, and how the toothbrush itself has changed over the years. 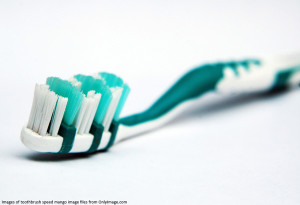 Dental care has been implemented in our culture since our earliest beginnings. Although the same techniques aren’t used today, these earliest methods helped to preserve our ancestor’s teeth, allowing them to remain healthier.

These early humans used twigs, bird feathers, animal bones, beeswax, and other materials such as these to perform dental tasks. The beeswax was used as filling, while gritty materials were used to wash the teeth clean. Although these methods were used for a long time, they were eventually replaced with more advanced methods, including the addition of the toothbrush.

The first toothbrush to be discovered that actually used bristles to get the job done was found in China. This brush dates back as early as the seventh century, with hog bristle as the cleaning component. A couple of centuries later, the Japanese claimed to have taken the idea of a toothbrush made of horse-tail hairs with an ox-bone handle from the Chinese. It was around this time that the modern idea of a toothbrush began making its way towards Europe.

Between the 17th and 20th centuries, the emergence of the toothbrush was becoming a popular idea throughout Europe. Products were mass-produced and shipped to the area, most of the time made with horse-tail hairs or boar bristles. Before this time, the main method for washing your teeth was by putting soot and salt on a rag and rubbing it over the teeth. The soot was used to clean, while the salt worked as a scrub against the teeth.

William Addis began the mass production of the toothbrush in the late 1700s by taking an animal bone and drilling small holes. From there he tied the bristles he had in through the holes, sealing them with glue. He became known as the founder of the modern toothbrush, with his business still running today under the title Wisdom Toothbrushes.

The first patent for the toothbrush was made in the United States in 1857, while mass production didn’t start here until 1885. Because animal bristles began causing problems with bacteria, and the bristles had the habit of falling out, nylon fibers became the new common material for the bristles. People began brushing their teeth on a regular basis during the 1940s, making this the best time to switch bristle material.

Since this time, toothbrushes have evolved even further, although their function is much the same. New methods have been put into place to get a better clean, make the brush more comfortable, and last longer. The electric toothbrush is just one of the many advances that have been made.

The toothbrush has been around longer than you may realize, although its earliest beginnings may not be recognizable to some. It has drastically changed over the years, developing into something that can be used by the public .

Cassie Costner writes for www.burgpediatricdentistry.com on the best dental methods. She has written for this pediatric dentist in Salt Lake City and others on the best techniques for brushing, how often to take your child to the dentist, and preventing gingivitis.

oral teeth 2013-10-12
Apparent Lifestyle Presents
Previous: Celebrities And Hair Replacement Surgeries In Focus.
Next: Could You Be Overdoing The Run?