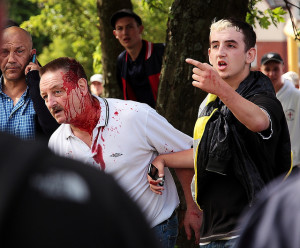 Whiplash is one of the most common injuries that one can experience during a rear-end car accident. In fact, this is what we usually think about when we imagine whiplash, the head smashing forward and the large, pillowy airbags deflating as we are thrust back. The crash-dummies show it well. We have all seen those automobile commercials.

Whiplash can also be sustained by other injuries. Traumas to the head, heavy dancing, head banging, falling, roller-coasters and random injuries can also cause whiplash. This creates a problem, as whiplash is hard to diagnose.

X-rays and photos of the spine do not often show the damage caused by whiplash, as whiplash does not always result in broken bones. In addition, it can take weeks before whiplash causes pain. This can make the person who is suffering confused about the source of their neck and back pains, headaches and  jaw pains.

It is paramount that individuals experiencing neck pain consider their routines and actions. Knowledge is power when it comes to understanding how whiplash works, and how the injury could have been sustained.

The Four Stages of Whiplash

During the first part of “whiplash,” the body’s back usually flattens. If whiplash is being sustained because of a car accident, the car is the force which pushes from underneath the body. This action makes the vehicle’s seat suddenly force the spine into the flattened position. This force also makes the torso thrust forward as the head simultaneously moves backwards, which traumatizes the neck. Most of the whiplash injury is sustained before the head is pushed all the way back.

As the head is being pushed back, the body’s torso accelerates. As this occurs, an unnatural “S” shape occurs. This damages the bones, ligaments and muscles in the spine. Much of the damage resulting from whiplash happens during stage 2.

During the thirst stage, the body’s torso descends back into its initial state. For driver’s, this is the time when the spine falls back into the seat, and when the seatbelt stiffens up.

Stage 4 is the most harmful stage of whiplash. This is the stage when the torso is restrained, allowing the head to move back and forth repeatedly. This is generally a violent thrust, and often very damaging on the neck, which is free to bob up and down.  As a result, the vertebrae is forced out of its position causing disc fibers to be sheared. Ligaments and muscles are stretched and torn. Stage 4 is when brain injuries can be sustained. Many people involved in accidents slam their heads on the steering wheel or windshield.

According to new research conducted by Dr. Kornel, a principal with Brain & Spine Surgeons of New York, a “new study finds whiplash caused brain injury in over 20 percent of cases.” This is overwhelming when considering that whiplash is one of the most common spinal-related issues.

When whiplash occurs, the sensitive brain is bashed around the skull. This results in internal bleeding, swelling and bruising.

Symptoms of whiplash-related brain injury include:

Chiropractors are trained in the art of “whiplash.” Holistic treatment by trained physical therapists, along with the expertise of chiropractors is the solution for whiplash. Together, these specialists concentrate on internally correcting the disturbed bones, muscles and ligaments. Chiropractors will focus on the entire body by regulating the diet and supplements necessary for rehabilitation.

Finding a great chiropractor is as simple as asking around and doing research. A person who suspects that they have whiplash should seek treatment as soon as possible, as whiplash is cured faster if addressed sooner. There are chiropractors like Dr. John Mooney, from  Placerville CA that work spefically with whiplash injuries along with other treatments. Any jolting pains within the neck or spine should be made top priority, as we often overlook the importance of a healthy spine.

Alexandra Meehan is a self-confessed addict to her career. As a freelance writer and research hound, she often finds herself finding inspiration when browsing the Internet. Alexandra finds herself consumed by holistic care, which is why she finds chiropractic care so interesting. When Alexandra is not working, she enjoys camping, fishing, and playing with her animals.

brain diseases injury mental 2013-11-01
Apparent Lifestyle Presents
Previous: How to Talk to your Teen about Peer Pressure and Alcohol.
Next: Why Anxiety and depression never occur alone.