The Structures and Functions of the Brain

Your entire body is controlled by your nervous system. A complex network of nerves sends and receives messages from the body, and those messages are transmitted via the spinal cord, but it’s the brain that is the star of the show.

The Sections of the Brain

The brain is divided into three sections: the forebrain, the midbrain, and the hindbrain.

·  The forebrain contains the cerebrum, thalamus, and hypothalamus;

·  The midbrain contains the tectum and tegmentum; and

·  The hindbrain contains the cerebellum and the brain stem.

For the purposes of this article, we will discuss the cerebrum, the cerebellum, and the brain stem.

The cerebrum is the largest and most visible section of the brain, and it is what people usually think about when they imagine a human brain.

The cerebrum is divided into two halves, with four lobes on each half. The right half of the cerebrum controls the left side of the body, and vice versa for the left. The different lobes control different functions in the brain.

·  The frontal lobes are the largest and are located at the front of each half – on your skull they start at the brow line and runs back to the crown. The frontal lobes control reasoning, planning, some speech and movement, and emotions and problem-solving;

·  The temporal lobes are the second largest and are located on each side of your head – on your skull they at the temples and extend diagonally upwards over your ears. The temporal lobes control perception and recognition of sounds, memory, and speech;

·  The parietal lobes are roughly the same size as the temporal lobes and are located at the top of each half of the brain – on your skull they start at the crown and extend downward toward the base. The parietal lobes control movement, body orientation, and perception and recognition of stimuli; and,

The brain stem is made up of two structures: the pons and the medulla oblongata, and sits in front of the cerebellum. The brain stem is the beginning of the spinal cord and controls all of your vital life functions, such as your heartbeat, blood pressure, and breathing. 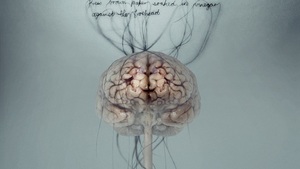 For example, tumor on one of the frontal lobes can cause speech problems, severe mood swings, and personality changes; while a tumor on the brain stem could be potentially life-threatening.

Brain surgeons like Dr. Hryar Shahinian corrects these issues to restore normal functions to the brain. He specializes in neurological skull base surgery and has revolutionized the field in many respects. Dr. Hryar Shahinian and his non-invasive surgical abilities have received a tremendous outpouring of support from the public and their patients who have faced one of the most difficult kinds of physical adversity.

Tumors aren’t the only things that can cause problems in the brain. An injury to a part of the brain can also disrupt the brain’s function, as well as genetic and congenital anomalies.

For example, an arteriovenous malformation (AVM) is an abnormal clump of blood vessels in the brain. AVMs usually occur at birth, but they can also form later in life. If an AVM ruptures, the blood can damage the part of the brain where the rupture is located. Additionally, brain tissue downstream will also be affected by the lack of blood flow. If this occurs in a crucial part of the brain, the effects could be life-threatening, even if the doctor stops the bleeding.

As you can see, the human brain is an amazing and delicate organ. Most of the time things go well, and the brain functions properly. However, when things go wrong, the consequences can be dire.

2015-08-08
Apparent Lifestyle
Previous: Everything you ever wanted to know about House Rent and Income Tax
Next: Ways to choose the right dog waste station