Some of those conditions are fatal and lifelong while others are easily treatable if diagnosed early in their development. In men, the reproductive system is susceptible to diseases and conditions such as impotence while in women; fibrocystic mastopathy and dysmenorrhea. 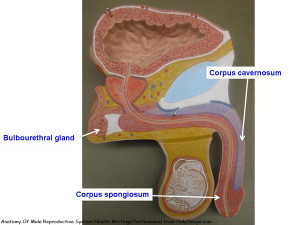 Here are some of the reproductive system diseases, their causes and their signs and symptoms.

Is a disease characterized by small, painful cysts that vary in size. These cysts occur during the menstrual cycle. It usually affects women in the 30 and 50 years of age bracket. Fibrocystic mastopathy is benign . It is not life threatening during its development and thus it can be easily treated and its effects managed. Research shows that this is one of the main diseases that affect the woman’s reproductive system.

This is female reproductive system diseases occur in irregular and painful menstrual cycles. It is associated with pre-menstrual syndrome, PMS. It is characterized by fluid retention in the breasts and mood swings. Women experience cramps in the lower abdominal that come and go and can be accompanied by back pain.

Dysmenorrhea is caused by hormonal changes and accelerated by inappropriate dietary habits. Treatment and management of dysmenorrhea is usually done through medication such as phytoestrogens, which regularize the menstrual cycle. They help avoid the abnormality in the discharge period. These medications also reduce the risk of cancer infections and development.

Although not discussed hereby more, there are other severe diseases that could affect the reproductive system.  They include;

These include cervical cancer, uterine cancer and ovarian cancer. Each of these diseases has a different symptoms, characteristics and causes.

This is a condition where the ovum does not lodge itself onto the uterine wall.

There are also sexually transmitted diseases such as gonorrhea and syphilis.

Other conditions such as arousal disorders and desire disorders also affect the reproductive system in both men and women.

In men, reproductive system diseases include:

One of urinary system diseases. This is the difficulty in passing of urine. It occurs when the prostate glands enlarge more than normal and compress the urinary duct. Though this condition is caused by the prostate glands, it is not related to prostate cancer.

This is a condition where a man cannot maintain an erection sufficiently firm to permit sexual intercourse. Biggest reproductive system diseases for men. It is caused by factors such as psychological reasons, drugs and substance abuse, aging and surgery effects. Apparently, this is not an issue about ones desires but rather about one’s capability to perform.

The use of contraceptives and birth control measures such as abortion, if not diagnosed and treated, can result in the development of severe reproductive system conditions in women. Medical abortion involves insertion or swallowing of medication. Several risks such as inflammation and allergic reactions go with the medical practice. Surgical abortion, if not properly performed, imposes some severe side effects on the reproductive system.

The reproductive system of a human being is responsible for human life continuity. It is recommended that both women and men have regular medical checkups, practices safe sex and make sure they are hygienic around their reproductive organs.