The Problem of Drugs in the Americas

The Problem of Drugs in the Americas

Drugs, specifically, illicit drugs, play a large part in American culture. They can be found in our movies, books, streets, and homes. Part of popular drug culture is referenced in relation to South America, and for some telling reasons.

Drug abuse has become a dire issue in the region since the start of the United States war on drugs, in the 1970’s. Several Latin American countries find large populations addicted to a variety of drugs, from marijuana and alcohol, to cocaine and heroin. Contributing to this abuse has been the seizure of power by drug cartels across the continent; stretching up to the U.S. These illicit organizations wield immense power and wealth, and will do just about anything to make more money. Although leaders are coming out against cartels, America’s own political war on drugs continues to fuel the fire. 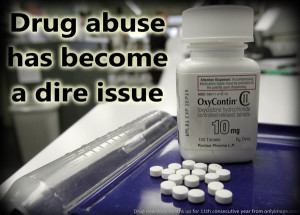 The Problem of Drug Abuse

Drug abuse is becoming an epidemic in Latin America. With the abundance of drug cartels and access to drugs, people are using in epic proportions all over the continent. Adding to this problem is stifled education levels in some countries. For example, in Brazil only 58% of children finish school through the 8th grade.

Among the most abused drugs are marijuana, alcohol, and cocaine. Ecuador, Peru, Argentina, Chile, and Uruguay, all have at least 20% of their citizens that are classified as being addicted to pot. In addition, over 80% of citizens from Uruguay and Ecuador would qualify as lifetime users of alcohol. As far as cocaine is concerned, a quarter of all cocaine use in both Americas comes from South America. But what is being done?

Many regions throughout Latin America lack regulation on drugs, or the means to enforce drugs laws. However, there are select leaders that are trying to start to reverse the problem. Brazil has plans to establish shelters for treatment in place of incarceration. Unfortunately, there is still fear in some regions that drug abuse will land them in jail or even dead.

The drug trade in Latin America has led to it becoming the most dangerous place on earth. Drug cartels, that have amassed billions of dollars through drug trafficking, intimidate citizens and even their governments. In addition to the wide spread of drugs throughout the region, these groups have shown that they have no problem with being as violent as they need to be.

Colombia, is the most notorious country as it pertains to drug trafficking and cartels. They produce almost 90% of the world’s cocaine, and much of that makes its way into the United States. The United States has spent over 7 billion dollars to fight the war on drugs in Colombia. Although it has been somewhat successful in breaking up large cartels, it has created smaller cartels in their places. In addition, the amount of drug users in America remains largely unchanged.

Recently, the head of one of the largest drug cartels was arrested and brought to Justice. The reach of the Sinaloa cartel goes from Mexico into Colombia and Venezuela. Although this is a small victory, the power of the cartels has still been too much to overcome, as they are able to continue to bribe and intimidate.

Much of the war on drugs is fought close to home, on the U.S-Mexican border. This is one of the biggest markets for illicit drugs and over 90% of cocaine that comes to the United States comes across the Mexican border. The amount of drugs coming into America has been the cause of increased violence around the border.

While enforcement of the border has been ramped up, it is difficult to patrol the whole of it all at once. As consequence, these issues of drug abuse and cartels in Latin America are having an effect on politics in the United States. With the presidential election coming up in a year, citizens will want to know how these drug problems will be addressed.

2015-04-01
Apparent Lifestyle
Previous: Advantages And Disadvantages Of Using Mobile Satellite Phones
Next: Rehabilitation Equipment Are Designed For a Quick Recovery