How Crystal Meth Can Affect Your Physical Well-Being.

A drug like crystal meth is not only highly addictive it can also be very destructive to the body and mind. It does not take many times using it for a person to become addicted to meth and once they do their physical and mental health will never be the same.

Methamphetamines have a powerful effect on the brain creating a rush of pleasure and the addictive high that makes it difficult to stop. Meth users will quickly develop a tolerance and need more and more of the drug to get the same effects. However, the more crystal meth they use the more irreversible destruction and damage the drug causes. 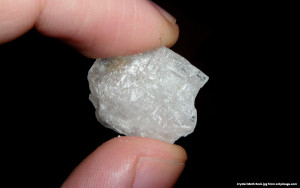 Heavy usage of crystal meth carries many tell-tale signs as it causes a lot of physiological changes. Meth cuts off blood flow to the body and tissues become more prone to damage while also taking longer to heal.  Skin loses its elasticity and users often have small sores all over their bodies. The sores are usually injuries they inflict on themselves as a result of frequent hallucinations of bugs crawling beneath the skin.

Overall physical health deteriorates and many meth addicts look thin or even emaciated from the drug causing them to lose their appetite. Poor diet and hygiene, a tendency toward tooth-grinding and erosive chemical effects all lead to “meth mouth” or a mouth full of broken, rotting or lost teeth. The drug also causes the salivary glands to dry out which can create further damage to their teeth.

Meth use tends to lead to risky behavior which can cause even more physical harm such as contracting diseases through shared needles. Although meth does significant damage to a person’s appearance and body, the area most affected is the brain. Meth actually causes changes to the brain’s chemistry by destroying dopamine receptors.

Heavy meth users lose their ability to experience pleasure naturally and must rely on the drug’s effects to feel happiness at all.  After the effects of the drug wear off, the user is sent into deep feelings of depression which can only be alleviated by using more meth. Meth addict’s brains lose many cognitive abilities as a result of the drug and some of this damage can be quite permanent.

Even after quitting drug use, former meth addicts are not able to regain much of their memory, judgment and motor coordination which has been lost because of their addiction. Even some of the psychotic and paranoid behavior associated with meth use can continue long after the person has become sober. Crystal meth is one of the most addictive drugs because of the intense high and heightened pleasure it gives the user.

However, it is also one of the most damaging drugs available that can ruin physical health and destroy many functions in the brain. After becoming addicted to meth, a person’s physical well-being will never be what it was before they started using. Even rehab and recovery cannot repair some of the damage that this powerful drug is capable of causing.

Cindy Nichols is an intervention specialist and treatment advisor, learn about Cindy’s work with Recovery Now TV by reading her blog posts.

addict addiction addicts drugs 2013-09-29
Apparent Lifestyle Presents
Previous: 6 Reasons You May Have Tooth Discoloration.
Next: Can Brushing Lower Your Risk Of Oral Cancer?