Establishing Paternity, and Dealing with the Results

Family disagreements do happen, and when they do, they can bring into focus various issues. One common issue that arises is paternity. This is where the father of the kid needs to be identified. The aim is to establish financial responsibility, gain visitation rights, and settle any other issues that relate to the kid.

To handle a paternity case successfully, you need to understand the classification of fathers. This is because the classification determines the rights of the father after the case. Once paternity is established, the state doesn’t expect it to change unless there is an agreement between the two of you. In such a case, the father is obliged to pay child support. 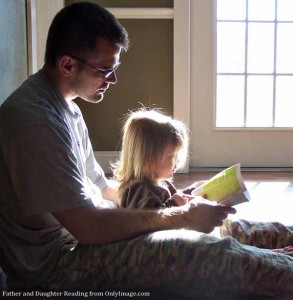 This is a straightforward case, whereby the father is the biological parent to the child. Even if you are not married, the father will still be recognized as the child’s father. The acknowledged father is under full obligation to pay for child support.

You can brand one a presumed father if he is in various circumstances. These are:

This approach bases on the fact that in as much as he isn’t the biological dad, there is a close parent-to-child relationship that has developed. The court takes into account the affection and support the man has provided for the child.

However, not every state will recognize equitable fatherhood, you need to seek guidance.

This is a man who puts you in the family way but doesn’t marry you. If there is another man who establishes paternity for the child, then the unwed father retains visitation rights and can seek custody of the child.

As long as you can establish paternity, the state has set legal provisions for you to receive child support from the father. However, everything isn’t as straightforward as it seems – some fathers will refuse to pay the support, or pay less than what was agreed. When this happens, you can go to court so that you get assistance, or you can resort to out of court resolution, which is less stressful.

2014-12-11
Apparent Lifestyle
Previous: Be a Smart Shopper When You’re Shopping for Travel Deals
Next: See the Country Through the Beauty of Winter