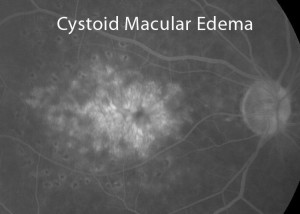 Edema is mainly caused by the fluid retention that is in this situation the excess fluid is trapped in the tissues of the body. The Edema mostly occurs in the feet and legs. The swelling occurs as a result of the accumulation of the excess fluid which is found under the skin in the spaces which is within the tissues. All the tissues of the body are made up of cells and the connective tissues are the ones which are responsible for holding the cells together. All these connective tissues around the cells and blood vessels are known as interstitium.

The body’s organs have basically the interstitial spaces which accumulated the fluid very easily. And so the accumulation of fluid mainly in the interstitial air spaces in the lungs basically occurs in a disorder which is termed as pulmonary edema. The term Anasarca mainly refers to the severe and widespread accumulation of the fluid in all the tissues and cavities and that too at the same time in fact.

What are the reasons which are responsible for causing edema?

Below is a list of all the possible causes

-Edema occurs mainly as a result of gravity or if a person continues to sit or stand for long several hours.

-Also some of the diseases like for example congestive heart failures or even any type of lung, liver or thyroid diseases are responsible for causing the problem of edema.

-Also some of the medicines which an individual is taking on regular basis to keep the blood pressure in control, so they can also be responsible for causing this problem.

– The allergic reactions, burns, inflammations, trauma can also cause edema.

-If a lady conceives a child, then after becoming pregnant there are chances that edema can be caused in her legs because in such a  situation the uterus mainly puts a pressure on the blood vessels which are found in the lower trunk of the body.

Mention the different types of Edema?

Now below in this article we will be discussing about the different types of Edema in detail:

Generalized Edema-In this particular type mainly the swelling occurs all over the body. This also causes water retention, puffiness in the different parts of the body including arms, face, legs etc.

Skin Edema-In this the swelling is mainly found to occur in the cells and the tissues. Edema is considered to be a harmless disease but it definitely causes discomfort to the person. This edema can very easily be triggered by a surface allergic reaction to mainly a trigger which is specific to mosquito bites, chemicals, detergents etc.

Peripheral edema-This edema is only noticed in the legs and the arms. This type of edema mainly occurs to a patient who actually spends long time of his life either sitting or standing for instance the long airplane journeys.

What are the symptoms of Edema?

The symptoms of this problem are –

-Mainly the affected area is swollen.

-Also the skin which is over the swollen area sometimes even looks stretched and shiny.

-The person suffering from this problem might also have problem in walking in case the legs are swollen.

-If the person has edema in the lungs, then he can suffer from the problem of coughing and at the same time will experience a severe problem in breathing.

How is Edema diagnosed?

Also apart from this, to make the right diagnosis, the physician will further carry out a physical examination of the patient which will include tests like X ray, blood test, urine test, heart and liver tests also.

How is the problem of edema treated?

The problem of edema can either be temporary or permanent and so according to its condition, the treatment is decided by the following methods-

-For example, if  edema is caused in an individual by a lung disease then in such a scenario the best way to treat this, is to recommend the person to quit smoking in case if the patient smokes.

-Also for the patients who suffer from either chronic heart failure so in this situation treating the coronary artery disease, monitoring weight, fluid and salt intake would be advised.

-But if the cause is related to medication, then in such a scenario, stopping the medication will actually cause the swelling to resolve .

– Try and protect the swollen area from any kind of additional pressure, injuries or even extreme temperature.

-One should definitely contact the doctor on immediate basis, if the person experiences pain, redness or heat in the swollen area.

What is the method to prevent edema?

Basically one way to prevent this problem of edema is by preventing its main cause. Smoking is thus regarded to be the main cause for chronic lung disease. Also the congestive heart failure is mainly caused by coronary artery disease, high blood pressure or by drinking too much of alcohol. In order to avoid swelling one should try to get up after every one hour. If that does not work out then you should try to exercise your feet and the lower legs while sitting .And so this ultimately will help the veins to move the blood back towards the heart making the patient feel perfectly fit.

Shan is an accomplished writer and blogger. His blog Healthresource4u.com talks about different health related topics. He loves to write about women’s fitness related topic like hymen, yeast Infection in women etc.

diseases 2013-01-18
Apparent Lifestyle Presents
Previous: Body Donation: Reasons to Donate Your Body to Science After you Die.
Next: Easing the Pain of a Loved One’s Funeral/Death: Mourning and Grieving.