The United States is well-known for its glamorous cities. Ask people in other countries what they love about the US, and they will say New York City or they’ll name a place in California. San Francisco, San Diego, and New York City are three very particular, one-of-a-kind places, and they’re visited each year by millions of individuals from around the globe. These locations stand out, not only because they offer unique attractions, but also because they’re populated with kind people, and there’s a distinguished vibe.

In every corner of the Big Apple, you’re treated to a history lesson and impeccable beauty. Magnificent skyscrapers make up the most notable skyline in the world. Capture the iconic Empire State building with your camera’s lens, and then visit the UN headquarters for a lesson in diplomacy.

Buy a hot dog from one of the city’s ever-present food stands. Then, get lost on a foot journey that takes you through Manhattan’s coolest neighborhoods: Little Italy, Chinatown, Times Square, and 5th Avenue. On almost street, you’ll find something to capture your eye, ignite your senses, and remind you why New York City is so amazing. 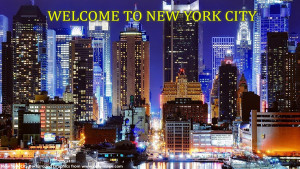 Start your day by visiting the Civic Center Station. There’s always long lines of tourists waiting to board the next cable car, so if you’re in a hurry, take a photo and move on to the next attraction.

A National Historic Landmark, Alcatraz is the most famous prison in the world. A guided tour is a great way to view this auspicious location. San Francisco’s other famed locale is the Golden Gate Bridge, which has served to represent the city since its completion in the late 1930s.

With its incredible year-round climate, and pristine beaches, it’s clear why millions visit San Diego each year. The city boasts some incredible destinations, such as Mission Bay. This park is comprised of many small beaches, parks, playgrounds, islands, and passages for hiking and exploring.

If you’re an animal lover, San Diego is rich in experiences. There’s the Zoo, located in the heart of an expansive downtown park, Balboa Park. There’s also the Living Coast Discover Center. The center features a large bird display, marine animals, and a small pond where visitors can view stingrays and sharks.

If you’re planning a vacation, these three cities are among the country’s best places to visit. While you’re on vacation, it’s important to care for yourself. Make sure to pack all of your important travel documents, and account for unexpected emergencies, such as injury or theft; it’s probably a good idea to look into trip protection insurances.

Should an accident occur on vacation, such as an automobile or personal injury accident, you’ll want to immediately get in touch with someone who can help you. Look for someone who has insider knowledge, and understands the obstacles you’re facing, such as San Diego based attorney, Mike Pines, who has “outstanding knowledge of the insurance claim process,” a complicated process that is often made more complicated by travel.

Your vacation may go off without a hitch, which is a great thing, made greater by the wonderful city you’re exploring. The country is full of beautiful cities, but these three rein chieftain among them. They each offer beauty, a rich history, and adventure around every corner.