There are thousands of people who get caught shoplifting in the country every year. Each arrested person steals for various reasons, such as personal profit, kleptomania, addiction to shoplifting, or to support their vices.

Most of us believe that people steal for personal profit or to support their drug addiction; however, there are some cases wherein the arrested individual is simply addicted to shoplifting.

A shoplifting addiction is a common condition, but the reason behind the urge is different from what you might expect. The individuals who confess to having this kind addiction say that the rush of stealing a product without getting caught gives them a sense of euphoria that surpasses the prize of getting the stolen item.
Some people might associate shopping addiction to Kleptomania, but are these conditions the same?

Kleptomania: The Enticing Compulsion To Steal 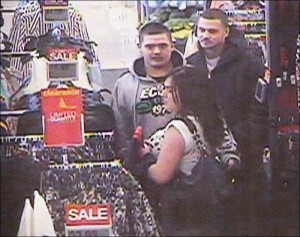 Kleptomania is a rare impulse-control condition. The person who suffers from this condition is unable to resist the urge to steal merchandises even if they have little to no value. This is a serious mental health disorder that can lead to emotional pain and legal problems.

The kleptomaniacs do not plan to steal items before they shoplift; however, this condition must not be used as an excuse to steal since kleptomaniacs are aware of what they are doing. Kleptomaniacs usually do not plan on stealing anything, but they feel a sense of relief after committing the act; however, they also feel extreme guilt after the crime has been committed. The signs of this mental health disorder may include:

If you or anyone you know can’t stop shoplifting or stealing, seek medical attention. It is unfortunate that a lot of people who have this condition refuse to seek therapy because they are afraid of being arrested. What they need to know is that a mental health provider doesn’t need to report their criminal activities to authorities. Additionally, getting treatment can help kleptomaniacs gain control over this condition.

The individual who is addicted to shoplifting feel a rush when they commit the crime. If the shoplifting addict tries to avoid stealing, he/she will have cravings and urges to steal. This addiction is just like drug addiction which controls the mind. This habit may start in the early years of childhood. If the child is not caught, he/she may continue his/her shoplifting addiction as an adult, until he/she is caught and imprisoned.

The people who suffer from kleptomania and shopping addiction must immediately seek help before it is too late. These conditions are not an excuse to avoid jail time once they are caught shoplifting. It is better to address the cause of the problem before it escalates into something much more serious.

Kris Lim is a writer for mental health blogs who offers information about the signs and dangers of kleptomania and shoplifting addiction. She also regularly contributes her thoughts and ideas to law firms with trusted criminal defense lawyers, such as Elliot Savitz.

disorder lifestyle choices 2012-12-02
Apparent Lifestyle Presents
Previous: Office Goers: How to do Body Treatment and Manage Work Related Stress.
Next: Tips on How to Build A Greener Home for You and Your Family.